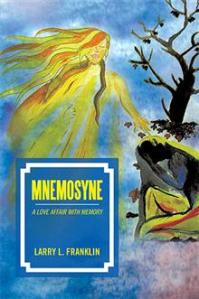 Show, don’t tell.  That is the cardinal rule for writers of creative nonfiction.  And what better way to show than through the use of metaphors.  One of the most popular metaphors is from Shakespeare’s work.  “All the world’s a stage and all the men and women merely players;  they have their exits and entrances.”   Of course we know that the world is not a stage.   The mere suggestion that two dissimilar things are the same can be quite powerful.

When someone has been sexually abused as a child, the victim’s feelings can be difficult to put into words.  The metaphor can be quite effective.   I compared myself being diagnosed as having cancer to being a victim of childhood sexual abuse.  This is from my latest book, “Mnemosyne:  A Love Affair with Memory.”

“Maybe it would have been easier if I had cancer or another more socially acceptable disease.  The physician would have shown my family an x-ray of my tumor and prescribed a course of treatment, giving them hope that they could openly share with their friends.  Or maybe it would have been better if my wife had taken me to a hospital and said, ‘Something is wrong with my husband.  he is depressed, and having nightmares.  He’s downright miserable.’  After performing a CT scan, the doctor might have said, ‘We’ve determined your husband’s problem.  As you can see from the x-ray,  his soul is being strangled by massive adhesions.  The different-colored adhesions represent a specific type of abuse, with the number of strains revealing the frequency.  Look here and you can see how the CT scan tells a story.  The blue adhesions tell us your husband  was sexually molested by his older brother.  Based on the massive number of strains, we estimate his brother’s penis was rammed us his anus more than one thousand times.’

“Being visually shaken, my wife might have said, ‘Can anything be done to help him?'”

“Oh yes, the doctor might have said.  However, it’s a long process and not without problems.  He can be treated with medication and work with a psychologist who will help loosen the grip of the adhesions and terminate their growth.  They can never be removed but he can recover.  He might become a different person from the one you know.  He’s been living without the use of his soul and will begin to feel things that will cause him to behave in a different way.  There is a school of thought that says abuse victims can become so in touch with their soul that they experience depths of love we can only imagine.”

“Wondering what to do, she might have said, ‘What if we don’t do anything?'”

‘Well, that’s an option,” he answered.  ‘However, if you choose that option, I would suggest having him put to sleep.  It’s more humane.  You see, if nothing is done, his soul will disintegrate, causing his interior to become devoid of all meaningful parts.  He will become like a hollowed-out gourd.  If that happens, you might as well cut a hole in his side, tie a rope around his neck, and hang him from a tree.  Abuse victims come in different colors, shapes,  and sizes.  They make great birdhouses.”

1 thought on “Use metaphors when writing about childhood sexual abuse.”